Within New Yorks’ 14th Congressional District you’ll find The New York Botanical Garden, LaGuardia Airport, Pelham Bay Park, Citi Field, and so much more! Our District represents more than 650,000 people across parts of The Bronx and Queens. Our neighborhoods are home to:

Our communities are home to over ten thousand small businesses, and our diversity is unmatched across the country. This is why our future is projected to grow. 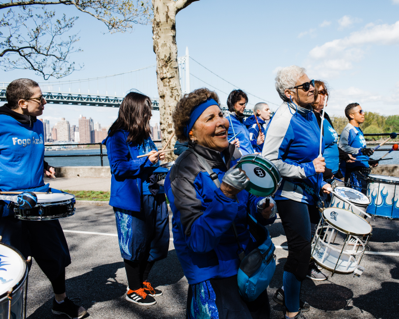 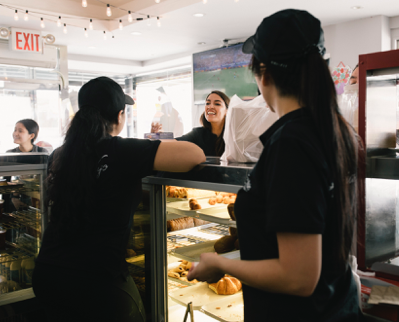 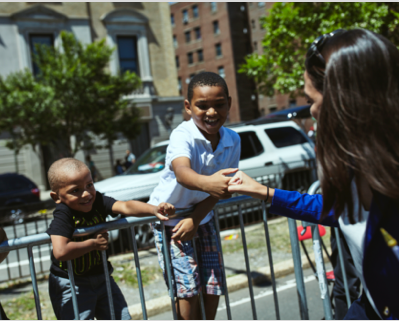 See where we’ve been

Voices from our community

Our neighbors on why they support Alexandria

As your Representative in Congress, Alexandria has:

Passed 78 pieces of legislation through the House, 14 of which became law.

Alexandria’s successfully shifted $5 million in funds to treatment for opioid addiction from the DEA; banned funds for the transfer of lethal military equipment to Bolivia; and repealed the Faircloth Amendment in the House, which paves the way for the U.S. to build more public housing for the first time in decades. Additionally, alongside Senator Bernie Sanders, Alexandria introduced the Loan Shark Prevention Act to cap credit card interest rates at 15%.

The Green New Deal resolution is a comprehensive strategy for fighting climate change. Specifically, the plan would create millions of union jobs by dramatically investing in and strengthening public infrastructure. The resolution, co-lead by Senator Ed Markey, secured 115 House and Senate co-sponsors.

With Senator Bernie Sanders, Alexandria also unveiled the Green New Deal for Public Housing, which would dramatically improve and expand affordable housing and create up to a quarter million jobs per year nationwide.

Regional versions of the GND have been adopted by ten local governments, including the state of New Mexico and the cities of Austin, Los Angeles, NYC, Boston, and more. The influence of the Green New Deal was also felt in President Biden’s Climate Unity Task Force, which Alexandria co-chaired with Secretary John Kerry.

As a result of Alexandria’s lines of questioning in the Committee on Financial Services and the Committee on Oversight and Reform, she has directly helped: pressure Big Pharma into bringing down the price of PrEP to prevent HIV transmission; expose TransDigm, a defense contractor, into returning $16.1 million in price-gouged profits to the public; pressure Facebook on fact-checking political advertising and expose Mark Zuckerberg’s dinner parties with radical right-wing figures; to get President Trump’s former lawyer Michael Cohen to state on the record that President Trump was engaging in tax fraud and to name other potential witnesses; and overturned the unjust citizenship question on the Census.

Fought for Funding and Self-Determination for Puerto Rico.

Alexandria secured $10 million in funds to clean up toxic bombardment sites in Vieques and traveled to the Island to lobby for more federal funding for Hurricane Maria recovery efforts. Along with Rep. Nydia Velazquez, she also introduced the Puerto Rico Self-Determination Act of 2020. This legislation would prompt Puerto Rico’s legislature to create a Status Convention, whose delegates would be elected by Puerto Rican voters, that would develop a long-term solution for Puerto Rico’s status: be that statehood, independence, free association or any option other than the current territorial arrangement.

When the first COVID package left out the undocumented community, Alexandria voted against it. Subsequently, thanks to pressure applied by Alexandria and the Hispanic Caucus, the next bill removed the penalty applied to spouses and children of undocumented people. During the Trump era, Alexandria repeatedly used her platform to call for an end to the “Muslim Ban”, family separation, and other cruel policies - traveling to the border in order to expose the devastating conditions inside detention facilities.

Organized a robust, multilingual Census outreach to bring back up to $60M to NY-14.

Alexandria’s campaign committed a total of $1 million to Census outreach in NY-14, which included a large digital outreach campaign targeted in Spanish, English and Bangla to undercounted communities in NY-14. Alexandria’s field team organized grassroots efforts like phone banks, lit drops and tabling events to remind people to complete the Census. Our efforts encouraged 3,900 people to fill out the 2020 Census -- that amounts to up to $59.6 million dollars in federal funding for our community.

When NY-14 became the epicenter of the pandemic, Alexandria and her campaign organizers made 200,000 community check in calls; distributed 80,000 meals and 100,000 masks to teachers, small businesses, essential workers, and families in need. Her campaign also raised $1.25 million for local organizations and charities doing COVID-19 relief. As COVID rates spiked again in the autumn and NYC schools closed, Team AOC organized and launched a Homework Helpers program that has recruited over 11,000 tutors to offer 1-on-1 help for kids in remote learning.

Empowered our community through organizing workshops.

The campaign also hosted 8 training sessions to teach over 10,000 people how to unionize their workplaces, form mutual aid networks and childcare collectives, and more during the pandemic.

Raised over $2M to help win Georgia and progressive races across the country.

After the general election, Alexandria raised over $1 million for grassroots organizations in Georgia’s Senate runoff elections -- including The New Georgia Project, Fair Fight Action, and Mijente -- and raised more than $1.5 million for progressives and swing-district Democrat election races across the country.

Continued the movement to bring social, racial, and economic justice to all in NY-14.

In her own re-election race, Alexandria fended off over $10 million in corporate-backed attacks without taking a single cent from fossil fuel executives or corporate lobbyists, and went on to win re-election with nearly 72% of the vote in the highest-turnout election in NY-14’s modern history.